Technological advancement has its virtues—savings in time and money, primary among them. If these AI tools can truly be used to resolve conflict and thereby reduce the friction costs, there is a real value to looking at what they now offer and what their future potential may consist of. All that said, the satisfaction of expressing oneself before a caring seasoned professional, being fully understood while facing the other party, and working together to find compromise zones enables creativity and respect. Ultimately, durable solutions and a foundation for an ongoing relationship follow. 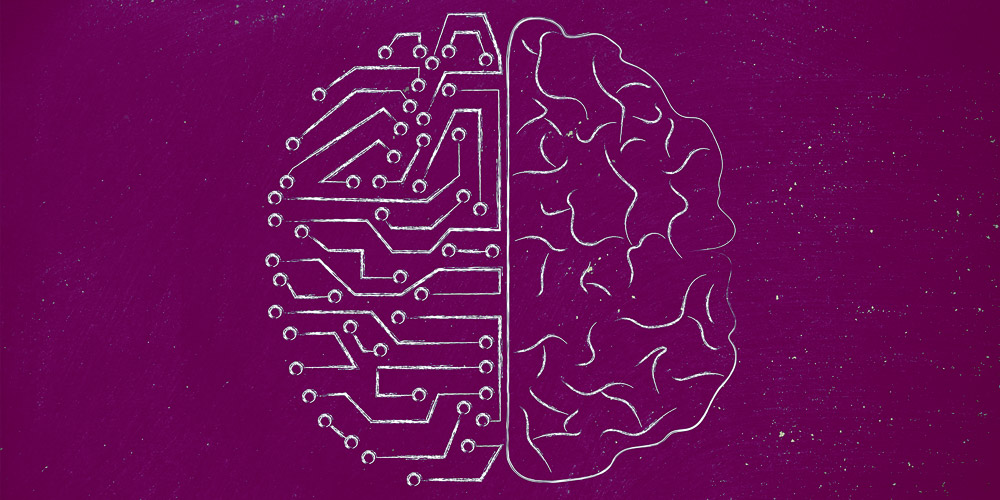 As technology develops and becomes increasingly refined, human activities and job responsibilities are changing too.  And, in some instances, becoming obsolete.  A computer can beat Chess Grandmaster Garry Kasparov. You can check out of the local pharmacy without making small talk; and check into your flight from the comfort of your couch. All the while, experts ponder what professional jobs may actually be replaced by robots.

Lawyers, take note:  Artificial Intelligence (AI) is being employed in discovery, generating contracts, and other legal matters.  According to Forbes, Deloitte predicts that 100,000 legal roles will be automated within the next 20 years (Bernard Marr, Forbes Magazine, May 23, 2018). As attorney mediators, we regard our work as profoundly personal—not simply conducting face-to-face negotiations; rather, helping parties arrive at individualized agreements tailored to each family’s needs and goals.

Smartsettle ONE and Smartsettle Infinity, examples of such online platforms, are applications developed by President and Inventor, Ernest Thiessen, and Chief Product Development Officer, Peter Holt.  The program, described as a “robot mediator” bills itself as “beyond win-win.” Objecting to the appellation “Artificial Intelligence,” Holt calls the program “Intelligent Thinking,” one in which algorithms substitute “Solomonic decision-making.”  Admittedly skeptical, we have come away from the demonstration and conversation with Thiessen and Holt noting that, indeed, there is a potential role for parties to resolve conflicts, or distinct areas of large disputes in an efficient and autonomous manner online.

Given the scope of what the AI tool offers at this phase of its development, we practitioners need not fear for our careers.  Yet, given the pace with which technology has changed the ways we manage finance, communicate and “make friends,” we’re reticent to predict how the future will unfold.

So, what does a robot mediator actuallydo? The more basic of the two programs is akin to “blind bidding.”  In other words, it is a platform where each side to a conflict assesses what they wishto settle for as well as what they are willingto settle for. Each submits their hoped-for resolution as well as a blind bid of their BATNA—best alternative to non-agreement.  That is, the most or least they would agree to.  Ultimately, the computer generates a final dollar amount based on each party’s input of the range of settlement while also favoring the first party to submit a compromise.  In this model, the parties seek to address one specific conflict and are assigned one financial resolution.

Where there are quantifiable issues to resolve—an issue of “how much”—and parties are not looking to repair or preserve a relationship, this may well be a helpful tool.  A source of conflict is resolved, the parties need not resort face-to face negotiation—much less a court process–and they enjoy a mutually satisfactory final settlement.

By way of illustration, consider the classic first year contracts case, that of the purchase of Rose of Aberlone, a cow (SeeSherwood v. Walker, 33 N.W. 919 (Mich. 1887)). To refresh, the Walkers sold the cow to Sherwood for $80, believing it to be barren.  Later, it was discovered that indeed Rose was with calf and thus the Walkers claimed she was worth $750 due to the mistake of fact.

Had the Walkers and Sherwood had the benefit of AI mediation, their case might look something like this:  The Walkers request $750 and Sherwood offers $80.  Subsequently, each provides the AI mediator a secret bid.  The Walkers first indicate a willingness to accept as little as $450 to resolve the case.  Sherwood subsequently indicates a willingness to increase his payment to as much as $525 for the breeder cow.  The AI mediator immediately lights up, settling the case for a sum $510—more than halfway between the secret settlement offers, favoring the Walkers as the first party to compromise.

Upon reflection, there is a benefit to this directive, fast, and discreet calculation.  It is not quite what is regarded as a mediation process; nonetheless, the parties get to “yes.”  Consider, however, if the Walkers and Sherwood wanted to continue to do business together.  Their relationship, trust and good will between them, not to mention the ability to negotiate with each other in the future, has not be addressed, much less resolved.  They have not, in this online mediation, laid the groundwork for an ongoing relationship or an ability to resolve conflict between them—essential components of what our understanding-based model of mediation provides mediation clients.

To be sure, many clients wish for the most efficient path forward—in terms of both time and resources—and preserving a relationship may not be a primary goal.  In such matters, conflict resolution professionals may use the online tool designed for complex cases.  In this model, all issues are input into the system and considered simultaneously in a framework that keeps the mediators on track, weighing outcome around each distinct issue within the larger conflict.  So, to use a common example from our practice, one may wish to remain in the marital home and be willing to compromise how a retirement asset is divided.  Such preferences are entered and weighted by the algorithm in order to achieve settlement, thus providing each party to conflict the preferred outcome on their most important issue.   Then, should one party decide a few weeks later that she no longer wishes to remain in the marital residence but rather it should be sold and the equity divided, that change is entered, weighted and the other weighted terms shift accordingly.  The algorithm is meant to keep track of and adjust to shifting objectives among the issues.

The extent to which Thiessen and Holt have incorporated these complex perspectives in their program is impressive.  That said, it cannot replace the detailed, uniquely personal work of the face to face mediation.  For one thing, we address each issue one by one, facilitating understanding, brainstorming options and perhaps arriving at resolution around each.  This approach allows for in-depth consideration of each discreet matter, rather than a systematized weighing of every issue in relation to the others.  Consequently, control of the terms remains the parties’ hands and is based on a foundation of deep understanding of both one’s own – and of the other’s priorities. As parties consider their goals, become informed as to their financial and legal realities, their priorities may shift and all issues must, ultimately, fall into place for a final agreement.  A common saying among mediators is “It’s never just about the money.”  The AI platform may be useful tools for parties and/or mediators; but they cannot substitute for the facilitated discussions around values and goals as they pertain to final resolution.

The mediator in this online model has an opportunity to reflect on each’s one’s allocation, and use as important information, the weight each party assigns to each issue. In doing so, the mediator can make explicit the quantifiable priorities to each party of a given result.  For example, the mediator may say, “You care about staying in the home 5 times more than you care about dividing retirement assets.”  This is a powerful and neutral way to concretize each party’s goals. What the mediator is not doing, however, in that reflection is capturing the underlying values beneath the numerical allocations—the humanity and perhaps agony around this exercise of weighted preferences. What specifically does the numerical balancing of remaining in a home against the security of a retirement cushion represent? A mediator who works with these numbers may go through the process efficiently but may lack a personalized, compassionate approach—couched in the parties’ history, experience of the conflict, and hopes for their particular future–that many parties seek and benefit from in the process.  Oftentimes, precisely such acknowledgements are the path to the understanding that paves the way toward options and compromises for settlement.

Where there is impasse, the system offers an “expert neutral deal closer” from a human expert roster to weigh in as an early neutral evaluator.  Similarly, when confronting impasse in face-to-face mediations, an essential tool is the exploration of other process options, including bringing in an outside expert to assess the parties’ legal strengths and weaknesses.

Technological advancement has its virtues—savings in time and money, primary among them.  If these AI tools can truly be used to resolve conflict and thereby reduce the friction costs, there is a real value to looking at what they now offer and what their future potential may consist of.  All that said, the satisfaction of expressing oneself before a caring seasoned professional, being fully understood while facing the other party, and working together to find compromise zones enables creativity and respect. Ultimately, durable solutions and a foundation for an ongoing relationship follow.